If you think there’s been a media campaign to discredit the Gillard Government, then you’re on the mark. It has not been your imagination. A source, a senior media executive I cannot name but for the sake of this article I will refer to as ‘Peter’, has revealed the strategies used and the motivation behind them.

“Tony Abbott is hard to sell as a politician, so we sell him as a person. He looks the goods as a loving family man or a fire fighter, but hopeless as a politician. He can’t control his mouth. For example, yesterday he announced that he wouldn’t rule out an alliance with the Greens. It’s going to be hard for us in the media to sell this after a couple of years of trying as hard as possible to discredit the Greens”.

“Our main focus though is to try and unsettle the Government. Leadership spills are always a winner. You’d have noticed that the Rudd factor has been our agenda (again) since the Prime Minister announced the election date. Anybody with half a brain would know that a PM wouldn’t announce an election date while there are leadership rumbles in their party. There weren’t, so we had to create them, and it is working”.

“We are under instructions to hammer the leadership woes at every opportunity. When the results of a poll hit the press we take any opportunity to throw in a paragraph of how the results will add to speculation of a spill”.

“It’s all because the emperor wants more money”.

I asked Peter what he knows about the ABC’s sudden right turn. “Not a lot, but I’ve noticed that Tony Abbott is the first person they run to whenever they want to hear something about the Government, but that’s about all. Oh yes, they seem to treat him as off-limits when it comes to any scrutiny, just as we do. Has Mark Scott whispered in his ear about funding should Abbott win? I don’t know. Murdoch certainly has. Don’t underestimate the power of money”.

“And Fairfax?” I asked. “Probably the same motivation; money. We’re not privy to what Tony Abbott has negotiated with the power brokers”.

“It’s just our job to bring about a change of Government. It helps the boss so it helps us”.

Peter and I chatted a bit longer, about such things as the Ashbygate outcome failing to incite the media, but from what he’d already told me, the answer to that is quite simple.

Shocking, isn’t it, that the election outcome is for the benefit of a few wealthy individuals? 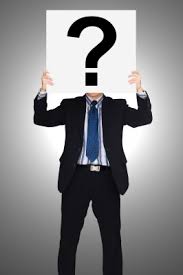 187 comments on “Revealed! The media conspiracy against the Government”