Three days ago I posted Revealed! The media conspiracy against the Government, the basis behind this conspiracy being that:

My post raised a few eyebrows as well as attracting a number of sniggers, as one would expect. However, the appearance of this brilliant piece by Kieran Cummings the very next day, Why Murdoch’s media is gunning for your NBN got to the heart of the matter. The article kicks off with:

It seems a day doesn’t go by where articles are being posted to News Limited (Murdoch) websites with nothing but negative spin for the NBN. Most, if not all, are founded on poorly constructed arguments that ignore technology & the reality. They all seem to point to one solution: anything the Coalition are saying they’ll deploy.

While this does reek of patent bias amongst Murdoch’s Australian arm, I feel this goes a little deeper than just wanting a Coalition government, but a fear of becoming obsolete in the age of IPTV (Internet Protocol Television).

And yesterday evening, anybody listening to Radio Nation’s Drive program would have heard the Shadow Minister for Communications and Broadband, Malcolm Turnbull say that because of the likelihood of change of Government in September, the NBN Co should not be entering into any further contracts.

It’s all coming together, isn’t it? 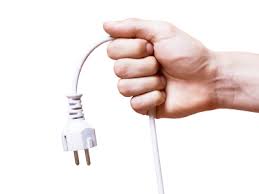 106 comments on “The conspiracy is well and truly unplugged”