It wasn’t a good weekend for Tony Abbott. Or is image. He went missing . . . and from the media spotlight of all things. For a politician who can’t even show his face or open his mouth without a media contigent on standby it was most uncharactersitic. And for doing so, he rightfully copped some flack. His media shine turned dull, albeit temporarily.

The protestations over the new, invisible alpha male hit the press Saturday morning after it had been revealed he had dumped his regular Friday spot on Channel Nine’s Today Show, because:

After complaining that the Labor Party was “planting” negative stories about the Coalition in the Friday newspapers and then forcing Mr Abbott to cop the fallout on air, his office informed the program he would no longer appear weekly.

After a very long honeymoon period where the media have treated Abbott as though he was sacrosanct and have been reluctant to ask him some hard, critical questions, he runs and hides because he might cop some fallout because of what Labor might say. He is clearly an intellectual and emotional infant.

For over two years his backflips, brain farts and childish Parliamentary behaviour have been hailed as brilliant political manoeuvres.  But outside of Parliament he’s even too scared to show his face on a lame TV show.

But naturally, he’ll reappear again and carry on like a crazed baboon during Question Time in full view of the adoring Press Gallery. They aren’t as tough as the Today Show.

I wonder when he’ll put on his invisible man suit again. 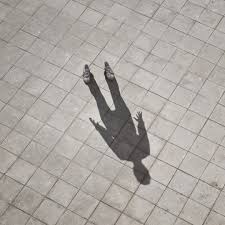