The release of the Coalition’s broadband policy is imminent, with some speculation that it may be released as early as tomorrow. That gives the Murdoch media only 24 hours to soften the way by condemning the Government’s NBN with all guns firing.

And haven’t they been busy? What the Coalition’s policy will contain is irrelevant of course. It’s assumed it will be faster, more endurable and of course cheaper than what the Government has provided. Well, cheaper anyway.

Which makes now a good time to go after the cost of the NBN.

Apparently it’s going to cost $90B and this fits nicely into this headline “The Ninety Billion Nightmare – the real cost of the NBN rollout“. We learn that:

The final cost of the NBN rollout could more than double and exceed $90 billion by the time it is finished, according to a new analysis contained in the Coalition’s broadband policy.

So, it’s according to the Opposition.

The Coalition’s estimates of the real capital costs suggested they would be more likely to reach $71 billion, not the $37.4 billion claimed by NBN Co’s most recent estimates. The overall cost to the taxpayer, including overly optimistic revenue targets, would more likely reach $94 billion, the 12-page costing document claims.

What else has the Coalition waffled on about that the Murdoch press has been eager to build a story around? How about this: “Government urged to release ‘true cost of NBN’”

Communications Minister Stephen Conroy appears to have made a false claim about the National Broadband Network as he tried to defend the project over allegations it faces massive cost blow outs. Senator Conroy told ABC Radio this morning that the Coalition was a “fact-free zone” but he appears to have wrongly claimed the NBN’s corporate plan was audited by the Auditor-General as he attempted to justify its price tag.

The coalition estimates the final price tag of the NBN could more than double to $90 billion-plus, and that it will take an extra four years to complete.

The claims are made in the coalition’s broadband policy, obtained by The Daily Telegraph, which opposition communications spokesman Malcolm Turnbull has promised will be released soon.

Yes, it’s another one of those “the Coalition says  . . .” scoops. Please ignore the fact that it was denied by Senator Conroy, the prime Minister and the Auditor General. Goodness, as if they‘d know.

Meanwhile, Rob Oakeshott, who chaired the Federal Parliament’s committee investigating the NBN has:

. . . lambasted the Coalition for its claim that the real cost of Labor’s National Broadband Network project was likely to be up to $90 billion, pointing out that the treasury and finance departments disagreed with the Coalition’s estimate.

The Coalition has not yet published any document to verify its claim, but this morning the Daily Telegraph reported that using modelling from key telcos and finance industry analysis of the NBN Co’s 2012 corporate plan, the Coalition had estimated the project would take four years longer to finish and potentially cost an extra $45 billion to complete. The newspaper claims to have seen sections of the Coalition’s policy analysis in the area.

However, Rob Oakeshott, the outspoken independent MP whose backing for the NBN helped put the Gillard Government in power back in 2010 and who chaired the Federal Parliament’s committee investigating the project and holding it to account, has a different view. “If today’s Daily Telegraph was true on NBN costing $90 billion, the INDEPENDENT Treasury/Finance boffins would have it on-budget,” Oakeshott said on Twitter this morning. “They don’t.”

Oakeshott further added in comments to some of his followers: ” I am being kind. Let’s see what they produce this week. This is a very big test for Tony Abbott to get his NBN policy right … rate of return, rate of return, rate of return. It is everything in business, and infrastructure – public and private.” And then, referring to the Department of the Treasury: “I’d trust their judgement over politicans/media any day of the week. Apolitical,qualified,and focussed. If not them, then who?”

The Coalition’s $90 billion claim this morning is not the first time it has claimed that the NBN would cost dramatically more than the Federal Government’s estimates. Over the past few months, senior Coalition politicians such as Shadow Communications Minister Malcolm Turnbull have repeatedly publicly claimed that the NBN could could cost as much as $100 billion to build, despite the company’s own estimates showing that it will require around $37 billion of capital injection from the Government and eventually make a return.

Now why wasn’t that reported in the Murdoch media? Maybe it can be traced back to this:

How nice to provide us with a bit more evidence and, significantly, on the eve of a Coalition policy announcement. 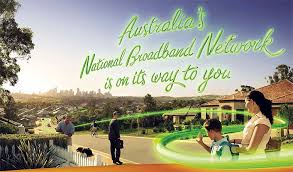 620 comments on “On the eve of a Coalition policy announcement”