This is where you can argue all you like about human-induced climate change. We’re up to page 6 already. 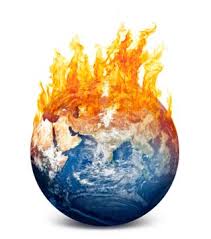