As suggested, this where you can argue all you like about climate change. 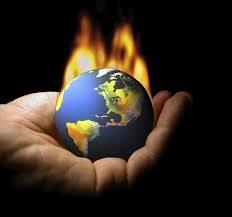