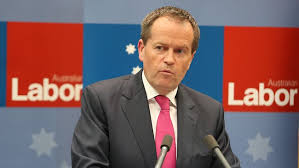 I received this email today:

Some time ago I wrote to you asking you to complete a survey so I could see what you believed was Labor’s direction for the future.

Today our party – the oldest organised labour party in the world – is undergoing a process of grassroots reform and revitalisation. That’s why this was such a tremendous opportunity to hear from you.

I wanted to make sure all of you got a chance to see the results of this survey and what our community’s vision for the future of Labor was. Read our report and take your chance to share my favourite part of this job – listening to people about the things that matter most.

Thanks for your support,

For whatever reason, I didn’t complete the survey. Nonetheless, I was interested to read the report.

Sadly, it told me little, but I was extremely disappointed with the summary. Here is a part of it:

The policy areas of importance to supporters, namely healthcare, climate change, the NBN & schools funding, were policy areas already championed by the Party.

So why am I disappointed? I’m disappointed because Labor’s vision for the future doesn’t include on-shore processing of asylum seekers. It obviously wasn’t an issue for the respondents. Not surprising when you consider that:

So there you have it: most respondents still favour mainstream media over social media.

If we want to change Labor’s vision, we first need to change where its members get their news and opinion. Then we can really tell Labor what we think of  off-shore processing of asylum seekers. And maybe they’ll listen.