Readers of Independent Australia have been full of praise for their recent article by Alan Austin titled “Fairfax’s anti-Government bias is as clear as (David) Day“.  I have been doubly honoured that Alan has contacted me with the offer of also posting his re-badge of this article on Café Whispers and that he looks forward to engaging with our readers.

Alan (pictured) is an Australian freelance journalist currently living in Nîmes in the South of France, but who returns to Australia regularly. His interests are religious affairs, the economics of development and integrity in government and the media. He has been published in many print outlets and worked for eight years with ABC Radio and Television’s religious broadcasts unit. He has also worked as a journalist with the aid agency World Vision and the Uniting Church.

Here is his post; Fairfax gets academia to out-Murdoch Murdoch:

The Fairfax media group has ramped up its campaign against the Gillard Government. It appears now to have abandoned any pretence of reporting fairly on its successes and failures.

It has also copied the Murdoch ploy of enlisting academics to its tawdry anti-Labor campaign.

The article was headlined triumphantly ‘Final nail in PM’s coffin’ and sub-headed just to make sure we understand ‘Julia Gillard’s lack of leadership has spurred on her inevitable demise’.

So what is the basis for the academic’s claim that a ‘demise’ is now ‘inevitable’?

But does Day offer evidence of actual bad government? Well, there’s this:

“  . . . her [Gillard’s] propensity for political stumbles have seen her repeatedly fall flat on her face. The September election date and the resignation of Nicola Roxon and Chris Evans were just the latest of them.”

Really? The careers of two ministers came to an end with plenty of advance warning to the PM, allowing her to determine the timing of their completion. Since when does this constitute evidence of a PM’s “propensity for political stumbles”?

John Howard asked for the resignations of retiring ministers David Kemp and Daryl Williams in 2004 in near identical circumstances. Was that evidence of the PM falling flat on his face? Or was it hailed as an opportunity for renewal, fresh perspectives and youthful energy?

Is Day aware the rate of ministerial sackings and resignations under Rudd/Gillard has been the lowest of any government in any Westminster nation since the 1820s?

Is there any evidence that the ministers left for anything other than admirable reasons? In Roxon’s case, including wishing to parent a 7-year old daughter.

When asked these questions by email, Day responded thus:

“I was referring to the timing of the resignations. I agree with all you say [re ministerial resignations] but the timing gave the appearance of chaos. It was a poor political calculation and nothing was done to hose down the hooha in the press.”

This is further nonsense. It was never poor political calculation when John Howard did precisely the same. And just how can a government ‘hose down’ media hooha? Arrest the lying journalists? Ban the mendacious mastheads?

What else could have been done by whom? Whose responsibility is it in a liberal democracy to report what governments are doing? Could the media release have been any clearer?

And why is calling the election date evidence of the PM’s “propensity for political stumbles”?

Every election year in living memory has had retailers, businesses, traders, investors, state governments, community organisations and others screaming for certainty and an end to the election date speculation. Now we have it. For whom is that disastrous, and why?

Day then criticises the Government for its failure to win support for its environmental initiatives.

“With the carbon price in place, the government should be earning kudos from the many Australians who care about the environment and are concerned about human-induced climate change.”

Again, whose job is it to report the substantial drop in emissions since last July? Positive reports in the mainstream media – brief, down page and rare – are simply drowned out by the constant prominent misreporting on the matter.

Day continues with a spurious attack on foreign policy unbecoming of a political history scholar:

“The Prime Minister has also disappointed many Australians with a foreign policy that is not discernibly different from that of John Howard. She kept the troops in Afghanistan and has thrown Australia open to American bases.”

Yes, some aspects of the previous foreign policy regime were continued. Specifically concerning the US alliance. But actually very few.

Labor’s foreign policy has been worlds away from the previous administration’s in signing strategic international treaties and accords. And in restoring relationships in the Asia pacific region. In these vital areas, just no comparison.

Most disturbing is Day’s reference to Australia’s jobless. The article claims that “Julia Gillard has not shown sufficient commitment to protect Australian workers. She seems content to have unemployment at about 5 per cent, to have about 15 per cent of school-leavers without a job . . . ”

Really? Where and when has employment been any better? Here in France the jobless rate is above 10%. In the UK and the US it is above 7.7%. In the Euro area it is 11.7%, more than double Australia’s rate.

In fact, as academics should well know, taking participation rate and unemployment rate together Australia has had a higher proportion of people in work during the Rudd/Gillard years than in any period in Australia’s history. This despite the devastating global financial crisis.

So why imply the opposite? That may be a dopey question to put to Australian journalists. But not to academics.

Finally, to dispel any doubt that Fairfax is driving the Coalition’s election campaign, here’s the opinion poll at the bottom of the article:

Poll: Do you think a leadership change will help Labor’s chances of re-election?

Now, could there conceivably be any other answer to that question than those three?

First Murdoch. Then Fairfax. And now the universities? Such, it seems, is Australia’s doom.

I’ve just hopped off the phone from speaking to the Prime Minister and this little black duck is happy.

Why? She has offered me a job on her PR team! She’s after fresh ideas from someone who has his finger on the public pulse. She knew I was that person.

Oh how she laments listening to some of the idiots in her team, such as the one urging her to be interviewed by Alan Jones.

As an avid reader of Café Whispers she is aware of our large number of intelligent contributors and she has suggested that I tap their brains for ideas.

And as a regular reader she is also aware that the site attracts comments from village idiots. “Ignore whatever they suggest” she pleaded. “You can’t expect any sense from those babbling clowns. I’m weary from reading comments about how climate change is crap or that my name is ‘Dillard’ or what happens in the NSW State Labor camp. Honestly, were they raised by a family of parrots?”

For fear of publicly offending those village idiots I will not disclose the remainder of our chat.

The important message is this: She wants your ideas. So, dear readers, you’re in the team. What positive ideas can you come up with? 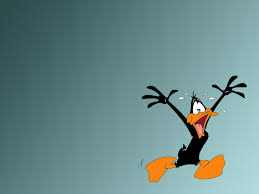