Naturally, he is demanding Swan’s resignation after he revealed the mining tax collected just $126 million in its first six months against a budgeted $1B.

This is the same Joe Hockey who moments later promised that a Coalition Government would scrap the tax.

This is the same tax that Joe Hockey predicted two and a half years ago would destroy our mining industry.

Six months ago it was our economy’s wrecking ball. Yep, Joe said it.

Last September he’d spurted that he wants it scrapped.

Way back in August 2011 it was going to raise too much tax.

Last November it was a botched tax and also that month he made the ridiculous claim that the Treasurer knew nothing about the tax. 😯

He even went to London to tell people the tax should be scrapped.

But it’s hard to beat this gem from last month:

The federal opposition says the government should come clean with the public on how much the mining tax raised to date, then immediately move to scrap it.

Joe is a goose. How can you repeatedly call for a tax to be scrapped, arguing that it’ll kill Australia, then turn around with the complant that it hasn’t rasied enough money?

He really has some more egg to wipe off his face. 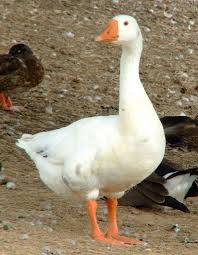