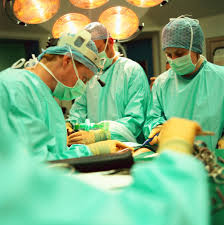 While aspiring to be prime minister Tony Abbott promised:

The Opposition Leader Tony Abbott has reiterated that if elected he wants to secure the jobs of today and build the jobs of tomorrow. He’s told AM there will be no cuts to education, health or pensions, and that Prime Minister Kevin Rudd’s talk of a $70 billion black hole will be proved wrong. The Coalition is preparing to outline how it intends to balance the budget should it win on Saturday.

The above pledge made on the 5th September must have been one of the most short-lived in political history, as by the 22nd September, and as reported by news.com:

The Coalition will also begin unwinding key “nanny state” agencies such as the Australian National Preventative Health Agency, established to lead the national fight against obesity, alcohol abuse and tobacco use . . .

Two major health agencies – the Australian Institute of Health and Welfare and the year-old National Health Performance Authority – are under review and could have their combined budgets – of around $40 million a year – slashed.

Create jobs?  Protect the health of the nation? Nanny state?  Let’s not forget the obligatory derogatory put-down, just for emphasis.  It could of course be argued that these are not cuts to health per se, just the services aligned to health such as preventative care.  It gets worse.

One of the nation’s oldest health organisations has been placed in voluntary administration after its funding was cut by the government.

The Alcohol and Other Drugs Council of Australia, which has operated since 1966, learned on Monday its funding would cease immediately.

President of the council’s board, former Liberal MP Mal Washer, said the decision was a ”devastating blow” that would undermine years of work.

There is yet more devastation for the health of Australia, with details going mostly under-reported such as:

The loss of funding for Sunshine Coast Institute of TAFE’s $63million Health and Social Wellbeing Learning Precinct means the region will miss out on more than 300 job opportunities.

A major blow to public health followed which brings us to the precise lie, that it is not just organisations which provide preventative care and education, but that health has been cut, and cut directly to public hospitals.  It was a dire warning from some that one should look at Tony Abbott’s stint as Health Minister to note what his likely attitude towards health would be.  We have all read about the $1 billion dollars gutted from public health, but there is also this:

He (Abbott) saw health as a matter of individual choice, and ill-health in medical terms around the prevention and cure of particular diseases.

Abbott is therefore worse than anticipated, not only clearly perceiving things such as alcohol and drug prevention as “luxuries” Australia cannot afford, but has cut precisely into public health, where it is clear that lives will be put at risk:

NSW will miss out on more than $150 million in funding for vital health services that has been cut by the federal government.

“This is bad news for public hospital patients”

People living in western Sydney will be hardest hit by the cuts, with Westmead Hospital losing $100 million over three years. The Children’s Medical Research Institute and the Westmead Millennium Institute will also lose tens of millions of dollars.

It is an expectation that in wealthy country such as Australia, that an obligation of any government would include to “tackle chronic diseases, provide faster access to newly approved medicines, invest in Australia’s medical workforce and prepare the health system for the demographic changes ahead“.  Perhaps included might be “a four-fold increase in medical research funding“.  The Millennium Institute, is one of the largest medical research institutes in Australia working on cancer and leukemia research has had $12 million slashed from it’s funding.