Help me out here, if you don’t mind. I seem to be missing something.

When Tony Abbott announced his new Cabinet we found that he himself has taken primary responsibility for women’s issues. Some in the media were aghast at his decision to take on the portfolio. For a good summary read Jemma Price’s “Tony Abbott, minister for women? No thanks” in the Sydney Morning Herald or Lenore Taylor’s article “Portfolio details spell out Tony Abbott’s role as women’s minister” in the Guardian. Lindy Edwards, meanwhile, also writing in the Sydney Morning Herald gave her thumbs up with “PM’s role as Minister for Women is not such a joke” while I thought it certainly was.

Has he quietly relinquished the responsibility? Am I missing something?

Can someone please help me out? News has just come in that the High Court has overturned Australia’s first same-sex marriage law. This is disgraceful, in my opinion.

The Canberra Times reports that the “court was due to hand down its findings in the landmark case at 12.15pm, however, a statement announcing the decision was accidentally published on the court’s website about 20 minutes before the six judges handed down their findings”.
Nothing appears on the other news sites yet but we will keep you posted. 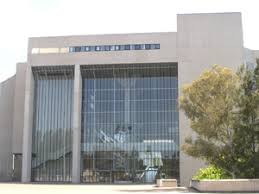