The social media has been a frenzy of activity over the last week as people voice their disgust at the grubby antics of the Murdoch media. The Murdoch media has not only come under fire for its gutter journalism and personal attacks on Kevin Rudd, but for its ‘go soft’ approach on Tony Abbott. If only they could hold Abbott to account. And if only they could ask Abbott the questions that we of the social media would like the opportunity to do.

It’s fitting, nay deserved, that the daily sales of Murdoch’s newspapers continue to plummet. At the same time, independent media sites and blog sites continue to grow. It’s a clear message that many people seek an alternative to the traditional media. We of the new media, sadly, at this stage cannot provide news. We lack the resources in both money and personnel. But we can provide opinion – an alternate opinion – and one that represents how many people feel. You won’t find this in the Murdoch media, where only one opinion counts: Rupert’s.

The sites I am associated with, Café Whispers (CW) and the Australian Independent Media Network (The AIMN) have enjoyed record months. The AIMN recorded a huge 24,000 visitors in one day earlier this week, dwarfing the mere record of 8,700 here at CW. It is significant that these figures were achieved in the wake of Murdoch’s grubby blitzkrieg. It is also clear that people like what our authors are delivering.

One could argue that the same people read all the individual blogs, but my statistics show otherwise. The statistics record the number of visitors to our sites and where they have visited, or ‘clicked’ from. Very rarely will they come from similar sites, suggesting that each blog, to a large extent, has its own distinct group of loyal readers.

On both CW and The AIMN the percentage of visitors from similar blogs is very small. Facebook, Twitter and Google provide 95% of our visitors while the remaining 5% is made up of a dozen or so from other blogs or media outlets.

There’s something in those numbers. 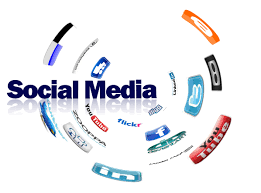