Whilst the election date of September 14 has been known for some time, since Kevin Rudd’s elevation to PM there has been enough media speculation to suggest that this date is no longer set in stone. Tony Abbott certainly doesn’t think it is, given his daily calls for the ‘new’ election date to be called, and preferably earlier.

Of course he would. Up until the last week he has held a commanding lead in the opinion polls. He would have been PM by now if only an election were held when he wanted it.

I’ve been of the opinion that Rudd would defer the election for a couple of weeks, giving him that bit of extra time to unhinge Abbott. It is without doubt that the unhinging has started, as the events of the past few days have shown.

Many of us old die hards have considered that an unhinged Abbott could turn out to be Labor’s best political weapon during an election campaign but subsequently harboured some concerns that if Abbott were to be replaced by Turnball, then it could work against Labor. Cook Abbott too quickly and see him fall on his sword too far out from the election may not be to Labor’s advantage.

So here’s a thought.

If the polls continue to maintain a swing in favour of Labor and Abbott’s credibility continues to deteriorate under the recent public scrutiny, could Rudd seize this as an opportunity to ‘lock’ Abbott in as leader of the Opposition by calling an early election? 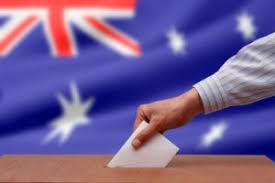 37 comments on “The election date”