Tony Abbott wrote to a friend. Who that friend is, I do not know, but you can read the letter here.

I’d love to reproduce the letter in full but I note this little deterrent at the bottom of the page: Copyright © Liberal Party of Australia.

It’s  only a short letter, probably only kept short because Tony talks about his promises “during these uncertain economic times”. Hardly worth copyrighting, in my opinion. Rather worth framing though. It’s one for the ages.

Anyway, have a read and you’re welcome to come back here and talk about it, ie, pick it to pieces for the load of crap it really is. 😉 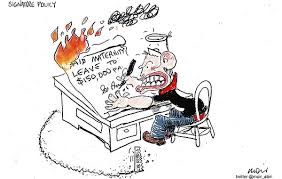