It’s a pity that the best stories never make it into the mainstream media. Without social media we would never read those stories: stories written by ordinary people, instead of less-than-ordinary journalists. It’s the same with opinions. Our MSM certainly is opinionated and nobody else’s opinion is worth sharing.

I devote this post to a handful of stories and opinions shared on my Facebook pages. They represent what’s being talked about in social media and offer a stark contrast to what we read in the MSM. People out there are asking questions and they are questions that the MSM don’t want answered. Read the few I’ve selected, then give me your thoughts.

Hi Guys. I’ve got NBN on in Kiama. As well as being super fast and cheap, there’s another advantage with NBN. This is the disconnection of the old Telstra copper phone line, and with it the line rental charge each month is dropped. So even before getting NBN, I’ve saved $30 each month. I now use a VOIP phone as my home phone. (Monthly phone bills are usually around $10 – another saving). As far as NBN charge goes, I`m on a $40 a month plan and get 25000 speed with a download limit of 50GB. In saying that, I’m considering changing over to the 100,000 speed with a download limit of 75GB. This deal is only $50 a month.

The quality of our communications infrastructure, and our business, diplomatic, and defence relationships with China will have vastly more influence on the lives of average Australians than 66 asylum seekers. So I ask the question: Why does a refugee boat arrival hold more weight with the MSM?

So poor Bob Carr is in trouble with Julie Bishop for slagging off at Thatcher . . . who cares. Thatcher insulted Carr and his Malaysian wife many years ago, running down Asian migrants to Carr while his Malaysian wife was standing within earshot . . . I don’t blame Carr for not wanting to be nice about Thatcher.

What a great synopsis of the heart of the matter of media bias and its power in this country. The left no longer has a voice. If it does, it is scarcely a whisper. It has nothing to do with free speech but has everything to do with power and influence.

Another from Barbara L:

re Julia’s Community Cabinet meeting in WA last night . . . no mention in the MSM today about how well it all went for Julia and her new Ministers . . . there was no real drama . . . no screaming abuse at Julia . . . nothing . . . so I guess they felt there was nothing to report.

Main stream media further dumbs us down (and by implication itself) by never addressing either the character of the opposition leader or his plans for the future of Australia. For example will we ever see a headline “Time to put up Tony”.

It’s scary that the media are not doing their job. Many journalist friends have expressed the same concerns; they don’t feel as though they are traditional journalists anymore, they are simply writing what the powerful want them to write. The real turning point for me came after Mark Scott’s treatment of John Faine recently. That was fucking pathetic. Faine was doing his job and Scott publicly chastised him.

And finally, another one from John L:

Tony Abbott takes his Catholicism seriously. His past spontaneous outbursts about his daughters virginity, his fear of homosexuality, his opposition to abortion, his veto (as Health Minister) of the RU486 drug, his views on euthanasia, his opposition to same-sex marriage and stem cell research all give confirmation to a dogma more attune to Rome than the changing moral landscape of Australia. 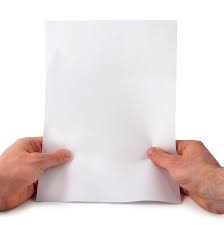