Another great post from The Pub’s very own Janice! 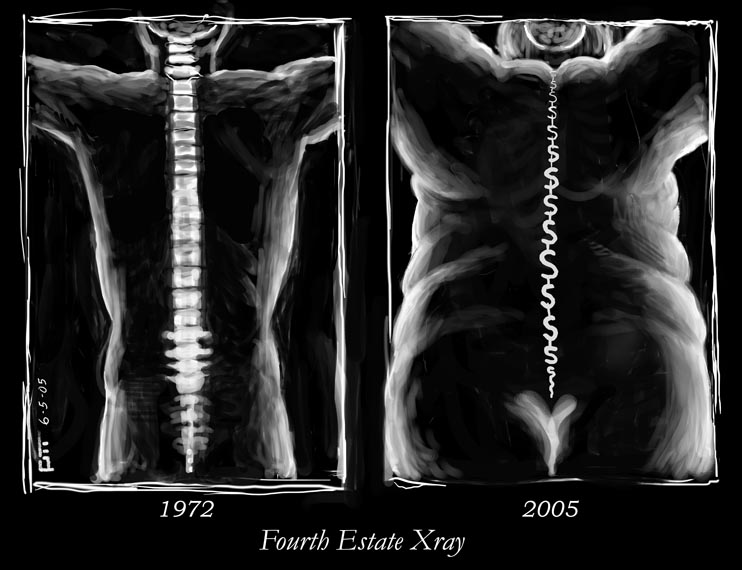 The Fourth Estate is a societal and political force or institution, whose influence is not consistently or officially recognised.

Supposedly, the Fourth Estate consists of professional men and women who are trained in the art of journalism, whereby they gather information, without fear or favour, and disperse same to the people.

Supposedly, these journalists abide by a Code of Ethics (regulated by themselves)

When media hyenas gather, someone is torn to pieces. The carcass is fought over so that every morsel is consumed in a feeding frenzy that serves only to quiet the hunger pangs for a short time.

In this country, journalists have always been rated below the used car salesman in the trustworthy stakes. I suspect this is because truth is never…