I attribute this comment to geezlouise on my article on Independent Australia.

The definition of “seditious intention” originally in Section 24A has become (as amended):

An intention to effect any of the following purposes:

(a) to bring the Sovereign into hatred or contempt;

(b) to urge disaffection against the following:

(ii) the Government of the Commonwealth;

(iii) either House of the Parliament;

(c) to urge another person to attempt, otherwise than by lawful means, to procure a change to any matter established by law in the Commonwealth;

(d) to promote feelings of ill-will or hostility between different groups so as to threaten the peace, order and good government of the Commonwealth.

Can we prosecute as a civil action? Class action?

It was in response to the media conspiracy to bring down a duly elected government, and it was a good question.

Consider also the Ashby versus Commonwealth of Australia case where Justice Rares found:

197     . . .The originating application was used by Mr Ashby for the predominant purpose of causing significant public, reputational and political damage to Mr Slipper . . .

199    . . . Even though I have not found that the combination was as wide as Mr Slipper alleged in his points of claim, the evidence established that there was a combination involving Mr Ashby, Ms Doane and Mr Brough of that kind. Mr Ashby acted in combination with Ms Doane and Mr Brough when commencing the proceedings in order to advance the interests of the LNP and Mr Brough. Mr Ashby and Ms Doane set out to use the proceedings as part of their means to enhance or promote their prospects of advancement or preferment by the LNP, including by using Mr Brough to assist them in doing so . . .

I need not go over the old ground of what we already know, ie, killing off Slipper would kill of the Government.

I think we have a clear picture developing that shows elements in the media and the LNP certainly have seditious intention. If Government cannot be won by an election, ‘let’s do it another way’.

Who can argue with the comment of Ad astra on The Political Sword. Aa wrote:

. . . I am astonished and left almost speechless with the language used on news and current affairs programs.  First, it is so cliché ridden that it is almost possible to predict the words before they leave the presenter’s mouth.  Who on earth writes this stuff?  For news, I suppose there are news-writers, but to what extent does Chris Uhlmann, Mark Simkin and Greg Jennett write their own scripts?  It sounds to me as if quite a lot of their personal viewpoints intrude into their commentary.

Next, I wonder to what extent the prevailing political climate at the organization influences what appears as ‘news’, what you term ‘editorializing’.  For some, the influence is profound; 2GB is a grotesque example.  I have felt for a long while that ABC news suffers from such editorializing.  This is insidious, hard to challenge, and difficult to counter.  It erodes confidence in the Government and reinforces the stereotypes about the Government the Coalition has promoted: chaotic, ineffective, incompetent, illegitimate, spendthrift, dishonest, poorly led, and headed for oblivion.  You could add many more.   The words you quote leaves people wondering, but feeling that PMJG has had a bad week and that her only solace was a visit to the jobs expo, where presumably her union mates welcomed her.  And it is the ‘feeling’ that counts.

. . . The genesis of much of the venom that the media injects into its commentary and opinion pieces is Tony Abbott and the Coalition media machine.  It has consistently demeaned the Government’s every action and demonized PM Gillard at every turn.  The sycophantic media is simply ‘Little Sir Echo’.

Of course the media does not have to slavishly follow the Coalition line, but much of it chooses to do so in line with Murdoch’s dictates, and the dictates of whoever now manipulates Fairfax.  Is it Gina Rinehart?

I admit that poor journalism is no evidence that there is intent to bring down a government, but when you consider who owns information in this country and the growing evidence of the LNP’s collusion, you’d be ignorant to ignore what is happening in Australia.

Is there seditious intent? 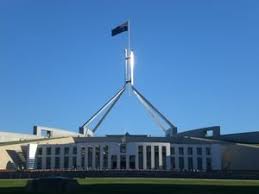 It’s impossible to find a political article on news.com that is at least half-balanced. The scales are certainly balanced in Abbott’s favour. ‘Media populism’ I like to call it, as it takes on a flavour not dissimilar to the political populism practiced religiously by Abbott himself.

I noticed an article tonight that joined the ‘ho-hum, Julia is bad, Tony is good’ mantra: Did Gillard reveal election agenda in on-air slip-up?

Let’s grab a few lines out of the article and pick out the ‘Julia is bad Tony is good bits’.

The Prime Minister came close to admitting her western Sydney visits ending today are part of the September 14 election campaign.

Why is that a bad thing? Of course it’s part of the election campaign. God forbid! The PM is electioneering in what might be marginal areas. Bad, bad Julia.

The Opposition also has been in the area after a leak of the Prime Minister’s plans to stay in a Rooty Hill hotel gave them five days to prepare a counter offensive.

My goodness, the Opposition want to campaign in Western Sydney too. Apparently that’s OK. Good Tony.

Ms Gillard insisted she was talking to and listening to locals after being accused on 2UE of having never “slowed down to have a look at people”.

How many people can you talk to during an election campaign? Not enough, apparently. Bad, bad Julia.

“Western Sydney isn’t like a foreign country to me. I don’t have to make a big deal about my visits here,” Mr Abbott said in the marginal seat of Lindsay.

Wow, is that the best he can come up with after five days of planning? Gosh he’s good.

OK, so Tony can belittle the PM for visiting Western Sydney because she is there to campaign? What’s Tony doing there then? Isn’t a counter offensive to the PM’s electioneering meant to include electioneering too?

Can you please let us know how many people he talks to while he’s there?

Here’s a photo of good Tony talking to people without running away from the hard questions.