The dust has settled somewhat over Opposition immigration spokesman Scott Morrison’s suggestion that police to be notified when asylum seekers are released into the community. Well, almost settled. I understand that Julie Bishop defended him to the hilt on QandA last night, but I didn’t watch it for the sole reason she was on it. I hate the thought of someone staring daggers at me through the TV. In an act of self defence I might have kicked the TV all the way to the next postcode.

Despite the howls of protest that his comment attracted, Morrison has felt the need to defend it. As a community minded Australian I will jump to his defence and suggest that his dreamworld police state cover more than just asylum seekers.

Here’s one for him: A German lady lives in my street. She was a toddler when WW2 ended but I’m not taking any risks. She was a German in 1945 so that makes her a Nazi. Pay no attention to the fact that she’s lived in Australia for over 50 years and drapes the Australian flag over her gate on Australia Day and is the sweetest lady you’ll ever meet; she is a natural born killer. All Germans born before the end of the war are inherent murderers and lust to kill again. I’ll peep through her window to see if she wears a Gestapo jacket and report her to the police. I might just report her to the police anyway, after all, she has a distinctive Aryan look about her. And here’s the clincher to show how evil she is . . . she knows some Aborigines. She must be planning an uprising.

And speaking of Aborigines (and Andrew Bolt would love this one), how about we paint all ‘fair skinned’ Aborigines black so we know where they live? That would make me feel safer as I could avoid them or spend my days taunting them when I have a few mates around. They might be hard to see during the night so can we issue them with fluorescent jackets? I want to know if I need to cross the street if I see one approaching? Like all the LNP policies, this one should be a hit with the redneck voters. Perhaps we can paint Germans black too.

I’m not sure if many people in my street attend Church. This must go against Morrison’s ideology so can I suggest that these heathens be marked for life? Perhaps we could paint them black as well. I’d like to know if an Aborigine, German or heathen is loitering in the neighbourhood or standing near me in the check-out aisle at Coles. Disgusting people, these blacks.

OK, I’ve been silly with my suggestions but I invite you to do the same. Have some fun. 🙂 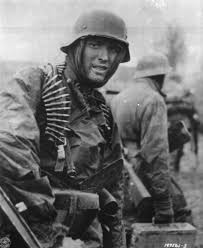