Let’s face it, over the last two and a half years the mainstream media (MSM) have waged a relentless attack on Julia Gillard and the Labor Government whilst giving Tony Abbott and his band of buffoons a free run at every turn. Tony Abbott holds a press conference and walks away from questions so the MSM condemn the Prime Minister for wearing glasses. The Prime Minister talks about policy yet the MSM report on the ‘poor’ timing of her election call. The Prime Minister talks about important issues facing the country but the Canberra Press Gallery decide they are not worth distributing to their readership. They decide that people want to hear about Craig Thomson or where the PM’s boyfriend parked his car at the cricket five weeks ago.

The PM announces the resignation of two Ministers so the media claim they are deserting a sinking ship. And they allow the Opposition to make the same call, without bothering to inform their loyal readers that the Opposition are losing nine members after this year’s election.

I could go on, but you get my drift.

But have you noticed, that despite all of this one-sided media loyalty and sub-standard journalism that the Opposition is losing ground in the polls? Why is this so? With the daily promotion of Tony Abbott and the daily condemnation of Julia Gillard you’d expect the gap to widen. And no matter how shrill, pathetic and biased the MSM behave, they’re not turning it around.

Have you noticed too, that the counter attack on social media has been just as aggressive? Facebook, Twitter, blogs and podcasts have become the haven for left-wing voices and opinions and the fact that Labor is creeping up the polls might suggest that they are now beginning to have an influence. Their reach is enormous. Is it possible that collectively they now have a bigger audience than the MSM? As more and more people engage in social media is it possible that they are now realising the MSM has been conning them? Are they finding that social media offers something refreshing: the truth? 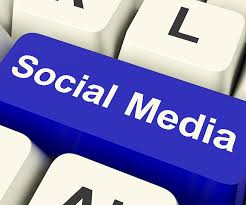 141 comments on “Open forum: is social media starting to bite?”