Like any young Labor voter in the 1970s I despised Malcolm Fraser with a passion for his role in the dismissal of the Whitlam Government, and I continued to have contempt for the man throughout his political life.

One of us has changed for I now quite admire him, as do many old Labor people. Or maybe none of us have changed; the changes being the state of politics that surround us and after all these years we have found some middle ground.

Malcolm Fraser represented a Liberal Party that bears no resemblance to the one he proudly led. He now views it as being a party that has drifted so far to the right it is no longer recognisable to the values he once stood for. On that, I agree with him. Almost eight years ago he:

. . . delivered his most scathing critique of the party he led to three federal election victories, and confessed that he had thought seriously about quitting after half a century of membership.

Under John Howard, he said, it had become a party of ”fear and reaction”, conservative not liberal, and willing to play the race card and discriminate against asylum seekers.

As Prime Minister in the 1970s Malcolm Fraser opened the doors to a quarter of a million Vietnamese refugees and papers released under the 30 year rule showed that Howard bitterly opposed that. So did I, I’m sad to admit, but that’s how many of us felt back then. I became more tolerant, understanding and accepting of refugees by the 1990s while Howard never did. We all know he turned the 2001 election battle into one of race and where xenophobia dominated the political landscape. It’s easy to see why Fraser didn’t like the way the party had become under Howard.

Learning that he’d stood by his principles for humanitarian reasons was the second thing he’d done which earned some admiration.

The first was during the Rwanda crisis in the 1990s when he was the face of CARE Australia. I have since learned that:

In 1987 Mr Fraser formed CARE Australia as part of the international CARE network of humanitarian aid organisations. He was chairman from 1987 until 2002. He was also president of CARE International from 1990 to 1995, and its vice president for the next four years.

He was, then, more than just the face of CARE Australia. He was its heart.

The same article (above link) notes that within two years of leaving Parliament in 1983 he had become a key figure in Australia’s international and diplomatic relations.

Notably, he was Co-Chairman of the Commonwealth Committee of Eminent Persons against Apartheid which was formed to encourage a process of dialogue and reform in South Africa in 1985-86 and in 1989 he was appointed Chairman of the United Nations Committee on African Commodity Problems which reported to Secretary-General de Cuellar in June 1990.

Compare that to the next Liberal prime Minister, who upon leaving Parliament wasted no time in pursuing a post-political career of self-promotion and self-indulgence.

In an interview he gave with Professor Robyn Eckersley in late 2011 Fraser again lamented how the Liberal Party had ‘lost its way‘ and was particularly scathing of its current leader, Tony Abbott.

Eckersley: You recently declared that Tony Abbott is a dangerous politician, perhaps one of the most dangerous in Australia’s history. What did you mean by that?

Fraser: [He’s] unpredictable. He says what jumps into his mind. Let me give an example. When farmers were complaining about miners searching for coal or for gas on farms, he spoke almost as though he did not understand that under British law, Australian law, the Crown owns the minerals and the wealth under the ground and if a mining company can get a right to mine or investigate over your farm then that has always been in a sense too bad for the farmer.

You can try and oppose it but that is what the law has always said. Now Tony, in encouraging the farmers, really spoke as though he was quite unaware of that current and historic position. But it was expedient at the time to get the support of the farmers. It might be a bit harsh but I think in a month’s time he will have forgotten he said that.

Eckersley: Is the unpredictability the main reason you called him dangerous?

Eckersley: Any other reasons?

Fraser: I think the whole party is very much on the extreme right. I happen to believe that the Minchin/Abbott duo to get rid of Malcolm Turnbull – who had actually won a couple of party room votes, even though narrowly – but then they said we’re not going to work with you anyway, we’ll walk out.

The minority was saying we won’t accept the majority and the majority just accepted it. It was an extraordinary occurrence and I believe that rather than being on the emissions trading scheme, it was because Malcolm was showing some significant signs of being a liberal and they didn’t want a liberal in charge of the Liberal party, they wanted a conservative in charge of the Liberal party.

I would encourage you all to read that interview. It not only shows that Fraser hasn’t changed but how much the Liberal Party has. It also shows that the party lost a man who understands the important issues of today, such as climate change, humanitarian issues, Indigenous issues and the Murdoch domination of our media and how it should be addressed. The Liberal Party today has no interest in any of those key problems.

No wonder they lost their elder statesman. 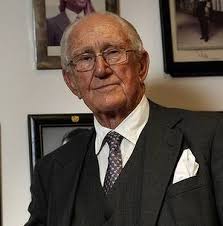 163 comments on “The elder statesman”