It’s time for our weekend dose of Truth Seeker’s wicked poetic humour, and today he’s provided us with one of his funniest to date. I warn you, he’s hasn’t held back on this one. 😉

Tony Abbotts blind ambition served us up the term arsegate

To be PM he promised everything . . . except his arse’s fate

So for an ETS or carbon tax he’d surely compromise

He begged and pleaded . . . but the indies saw straight through his lies

So cast to opposition, Abbott set about his plan

To bring the quick demise of the Labor party clan

With lies and spin and slogans, he threw away due care

For the country and economy . . . as he really doesn’t care

His goal was really simple . . . gaining power at any cost

But with monumental brain farts . . . his cause was quickly lost

But in the minds of many Arsegate’s now . . . much, much more generic

While the list of arsegate devotees . . . is looming rather large

There’s Pyne, the Mincing poodle with his mega dummy spits

And his whinging, wining manner giving everyone the shits

And his social ties to Ashby giving rise to speculation

That there’s more to that than meets the eye . . . and cause for consternation

Then there’s that man Ashby who cried “sexual harassment Slipper”

But the allegations going round are the man prefers a nipper

As Ashby’s known for leaving his arsegate . . . always half ajar

And Cocky Hockey tags along with his smug and arrogant smile

Making much of getting numbers wrong . . . by a decent country mile

From this man who would be treasurer . . . who would do us over well

And with Bishop as his 2 IC, the minister for not much

With her contribution to debate . . . making claws and pussy calls

Then the whistle blower Jackson . . . Abbotts hero of the minute

And with Fair Work’s Michael Lawler . . . a Tony Abbott appointee

Engaged to one K Jackson . . . there are conflicts there to see

And the H R Nichols Society prepared to ring her bell

And there’s so many arsegates up for grabs . . . it’s like an Olympic race

There is also Malcolm Turnbull, whose hands are far from clean

With his lies and obfuscation . . . on the NBN so clearly seen

And although his heart’s not in it, it has proved . . . his own arsegate

As the Abbott broadband policy . . . is impossible to float

And he knows that fibre optics works . . . but sold out the mother-load

By adopting Abbott’s policy of . . . arsegate to the node

So the burning question for us all: is do we want this rabble

Representing our great nation with their slogans, lies and babble

Knocking holes in our economy while looking after all their mates

While covering up corruption from their numerous . . . arse . . . arsegates. 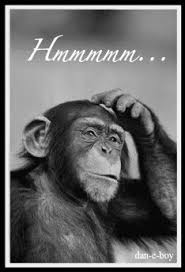 93 comments on “Arsegate for beginners”