Good morning all. We leave Federal politics for a while and cast our eyes towards the distant state of WA. Patricia has sent a poem and commentary about her State Treasurer, that fine custodian of moral virtue Troy Buswell. I hope you enjoy her narrative as much as I did.

We learn from breaking news in WA
Sleeping with the enemy does not pay.
Since two ill famed lovers’ recent parting
One of them still is badly smarting.
That’s clear as we hear the details from Adele
Of yet more drunken folly by Troy Buswell.
She seems not driven by this man’s rejection
So much as treachery in our state election.

Remember how this Green MP went to bed,
Not with an honest Labor party red,
But with a Liberal of repute so ‘blue’
At first no one believed the story true?
Then she confessed to her affaire
With Perth’s chair sniffer extraordinaire
Of  course, the man was by his Party retained;
Without him government could not be gained.

Her team?  They would have expelled the woman, Carles.
There was lots of anger, commentary and snarls.
But she turned Independent, ran for cover,
And supported the party of her lover,
In an open agreement guaranteeing supply
Allegedly with a secret clause whereby
For thus giving them now the upper hand
In future against her the Liberals would not stand.

That all happened in two thousand and ten,
There have been many developments since then.
ALP’s McGurk looks to win Fremantle
Now the Libs are running too and have dismantled
That much earlier commitment to Adele.
Unsurprisingly she’s willing now to tell
About the drunken escapades of her ex
Which reveal such odd proclivities in sex.

Barnett brushes aside as Labor’s ploy
This gossip around his ‘larrikin’ Treasurer Troy.
But tales have emerged about the  ‘naughty boy’
So often that this time they really could destroy
All hopes for his government’s re-election.
Will this cause politicians some reflection,
Have them approach with more circumspection
With whom they sleep, confide in and trade affection?

NOTES: Troy Buswell, the scandal prone Treasure of WA is in the news again  – for something he did over a year ago! It must be the silly season with no other colorful stories to report but even the Australian last weekend featured a story which appears written for our Sunday Times about Treasurer Troy Buswell’s drunken ‘dry-humping’ of a prominent Perth businessman over a year ago. The Sunday Times and the West have followed it up with comment from Premier Barnett defending his Minister from calls by Labor for him to be sacked. Yes, it is disappointing to hear about this, we read, but it happened over a year ago, at a private party, and will not mean he’ll lose his job. After all, said Barnett of his friend and minister…..

“….. Troy, you know, he is described as a larrikin, he lives life on the edge a little bit but he is also a caring and compassionate person”

Barnett also queries the version of events as told by Adele Carles, the Independent MP for Fremantle, who has only now emerged to tell what she saw of it all when she and now ex lover Troy were still living together. She features prominently in the reports in print, on line and again in a headline TV interview on ABC News where she confirms the dry humping episode which seems to have been a factor in their break up. It is indeed a bizarre tale but it follows other reported examples of bizarre behaviour by the State Treasurer in the past such bra snapping and chair sniffing. Typically of Liberals we are seeing a shooting of the messenger as Carles is discredited and depicted as unreliable and emotional. Troy is the victim here!

Labor has already done its best to remind the public of Buswell’s unsuitability for public office and particularly the awful possibility that he could succeed Colin Barnett as Premier now that their main talent, Christian Porter, has resigned to seek Federal pre-selection. They’ve warned WA voters not to be fooled by his party’s efforts to rehabilitate his image for the electorate, but voters in his seat of Vasse seem determinedly loyal to him.

When I first wrote here at Cafe Whispers about the unlikely affair between Carles and Buswell when it was revealed and characterised it as “Sleeping With The Enemy” Sue commented…….

It will be an interesting seat to follow at the next state election.

How right she was! 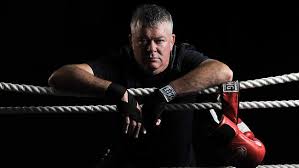 17 comments on “Sleeping with the enemy! A drunken folly!”