Compulsory voting is not an issue I’ve ever given much thought to, always taking for granted that it was sacrosanct, however given that Nick Minchin has put his grubby little hands all over it I can only assume that he is doing so because voluntary voting would be in the best interests of the Coalition. His latest foray into the issue comes after an Adelaide man who lost a Supreme Court challenge against Australia’s compulsory voting system announced plans to take his legal fight to the High Court. Anders Holmdahl has argued that voting at federal and state elections is a right, not a duty. Minchin attended the Adelaide hearing to lend support to the legal challenge, adding:

“I’ve always said that compulsory voting is an infringement of the democratic rights of Australians, so I’m delighted this case was brought to court,” he said.

“I’m sorry that the matter has been dismissed at this level, but I hope it will be taken to the High Court.

“I think the Commonwealth Electoral Act’s requirement on Australians to vote, whether they want to or not, is wrong and I think it should be tested in the High Court.”

Yes, folks, you read that correctly; one of the founding fathers of the draconian WorkChoices and the vocal advocate of a harsher WorkChoices Mach II is concerned about an infringement on the democratic rights of Australians.

He has been calling for voluntary voting for many years now and way back in 2005 he speculated that an election victory to Howard (in 2007) may well have seen his desired amendments to the Electoral Act, though back then his call for voluntary voting was not based on any infringement of the democratic rights of Australians, but that:

. . . voluntary voting’s a very important barometer of the health of a political system, which compulsion can disguise. That’s one of my main complaints about compulsory voting.

That sounds about as unconvincing as his concern for the democratic rights of Australians.

Howard himself had fiddled with the Act prior to the 2007 election when he removed the seven day period after the issue of the election writs during which voters could enrol or update their enrolment. This was a sneaky move. With the opinion polls showing strong support for Labor from 18-21 year olds, Howard wanted to exclude as many of that cohort group from voting and removal of the seven day enrolment period was a dastardly means at his disposal.

I have my suspicions that Minchin’s motives are no different to Howard’s, particularly when we consider some of the crucial attributes of compulsory voting:

And more importantly, this:

Compulsory voting reduces power of lobbying groups. A benefit of compulsory voting is that it makes it more difficult for special interest groups to vote themselves into power. Under a non-compulsory voting system, if fewer people vote then it is easier for smaller sectional interests and lobby groups to control the outcome of the political process. The outcome of the election reflects less the will of the people (Who do I want to lead the country?) but instead reflects who was logistically more organized and more able to convince people to take time out of their day to cast a vote.

That has the smell of Minchin all over it.

Some of you may recall my recent post Who runs the Liberal Party? where I speculated that Nick Minchin still pull many strings. Though retired from politics, his ideologies are reflected in the direction the party is heading. Here is a snippet of that earlier post for those who might have missed it:

But unless the legacy dies we could be well again be the victim of more of the hard-line extremist’s ideologies. I’m referring to WorkChoices, of which Minchin was one of the architects. Despite its unpopularity he has maintained that the reforms did not go far enough and further deregulation is required. In a parting shot as he retired from politics he:

. . . appealed to his party not to drift into populism as an over-reaction to being burnt on its WorkChoices laws.

Was anybody in the party listening? Yes.

Opposition Leader Tony Abbott has given qualified support . . . for a Coalition government to roll back Labor’s IR reforms.

Minchin might yet see his dream again realised with the scrapping of unfair dismissal laws and the return to individual contracts for employers. Can he trust Abbott? Yep.

Can we trust him?

It would be far more easier to avoid drifting into populism and pandering to lobby groups with the removal of compulsory voting (referring to the dot points above).

That extreme Liberal Party think tank, Menzies House offers some very radical opinions that leave the reader convinced that the removal of compulsory voting would damage the Labor Party.

Voluntary voting will reverse our slide towards totalitarianism.

Australians don’t like compulsory voting. Not really. Australians like to see evidence of high voter participation and they think high voter turnouts indicate this. The government has deceived the Australian people for far too long.

Until the Australian government stops lying, Australia will continue to deceive the world into thinking that freedom is bad for democracy.

In my opinion everything revolves around that one question: “Could it be that compulsory voting favours a particular type of voter?” Yes, it does:

Quite simply, Minchin wants whatever will eliminate a few Labor voters thus enhancing the opportunity to fulfill the expectations of big money, big business and big media.

While researching this post I came across many pages that have put forward the pros and cons of compulsory voting, however each argument overlooked one crucial point: if some members of the far right are so vehemently opposed to it, than it must be to their political advantage to remove it.

For that reason alone, let’s keep it compulsory. 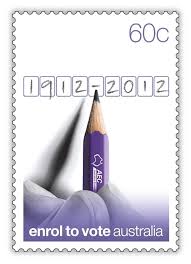