I generally don’t believe anything that comes out of the mouths of members of the Coalition so I haven’t given much credence to whatever they say. But this latest babble of bullshit has stirred me:

The federal opposition has accused Labor of ordering public servants to create political material to attack the Coalition.

Amid business calls for public servants to be allowed to do their jobs, opposition treasury secretary Joe Hockey has lodged an official complaint alleging “potential political interference” in the public service by Treasurer Wayne Swan’s office.

Tony Abbott said it was not the number of advisers that was the problem, but the way in which they were used by the government.

The Opposition Leader said the Coalition would review the entire bureaucracy but “I think it’s the misuse to which political staffers have been put, with dirt units and so on, rather than the fact that there are political staffers as such”.

As a former Federal Public Servant may I protest that this is a load of absolute and utter rubbish? It’s clearly just another fabricated  “look over there” moment to deflect media and public attention away from a very damaged Tony Abbott.

But if they want to pick on the Public Service with bizarre claims then I take the liberty to throw back a few observations of my own.

I worked as a Public Servant under the Howard, Rudd and Gillard Governments. As a Public Servant I was apolitical, working for the government of the day while casting aside my own political preferences and I performed diligently and loyally to all three. Of those three governments it could be considered that the behaviour of several Howard Ministers only was questionable. I am not at liberty to expand on this.

However, I am at liberty to provide my observations, whether they be correct or not. Neither might they agree with the observations of other Public Servants. But here they are:

What have you good people observed from the boundary line? 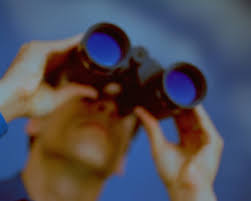