Tony Abbott keeps telling everybody, probably even the Queen, the Governor General, the British PM and definitely Rupert Murdoch that we’re a whisper away from a federal election, the result of which will see him take up residence in The Lodge, his rightful home.

He could be right.

But he is only focusing on getting his hands on the keys to the door.  God knows what he plans to do after that.

He hasn’t told us!

Well, he sort of has.  We know he’s going to stop the boats, rip up the NBN, tear down public departments, give the billionaires billions more, return a surplus by within the hour, scrap the carbon tax and save us from the fires of hell, but for a man who’s going to be Prime Minister by this time next month I’d say he’s fairly well under-prepared for the job.  Is he that convinced the electorate will punish Labor that he only need to rely on this?  I believe he does.  Why else would he have nothing to offer?

Imagine starting a new job and when you turned up on your first day you simply sat on your bum and did absolutely nothing.  We’ve seen that in New South Wales.  The job’s too hard for the new kids on the block.  They knew they’d win the election so took nothing of substance to it.  Abbott mirrors this.  The man has absolutely no idea what he’s going to do.

He’s a bit like the pub with no beer.

It’s a bit of a worry than a man a whisper away from an election has shown us nothing that he stands for.  I imagine it’d be easy to deliver nothing when you stand for nothing.  I doubt he could even deliver a pizza.

This is a copy of an earlier topic here at the Café which I thought would be a good follow up on yesterday’s open forum. 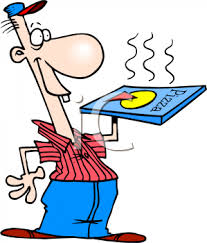 125 comments on “Could Abbott Deliver?”