The Liberal Premier, Barry O’Farrell showed a side of himself many had not seen before, his misogynistic side.

Last week, Boys Club Barry changed the rules for entitlements for Premiers when they leave office.

Until now Premiers had access to an office, a small number of staff, air travel, and a state car when they were no longer in office. This has now been amended. The amendment Boys Club Barry has put in place, is that a Premier must be in office for 5 years before being eligible for these entitlements.

I personally have no issue with this at all, however, this should not be backdated to affect previous Premiers.

You cannot take it upon yourself to change someone’s entitlements after they are no longer in a job, that’s one hell of a precedent to set. Boys Club Barry is not only making the rules up as he goes along, he is trying to change past rules also. Barry seems to think his government vehicle is a Tardis, and he can travel back in time and change rules on a whim…as he showed those with a State Government guaranteed solar rebate shortly after taking office.

This 5 year rule means that out of the last 10 Premiers in NSW, 8 of them would have their entitlements stripped. The two that would be the only Premiers to retain their entitlements under Barry’s new rule, are Bob Carr, and Neville Wran, both from the Labor Party.

Barry, however, can’t even follow his own rules it seems…

There is only one Premier that has had their entitlements cut.

One out of the eight that the change affects.

Kristina Keneally attends many charity events and fundraisers using the state car that  is a part of these entitlements. Kristina has long been a tireless worker for charity groups, such as The Stillbirth Foundation, helping to raise desperately needed donations. 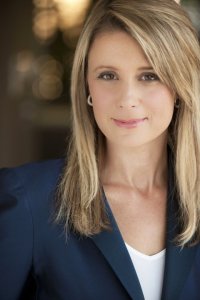 A spokesman for O’Farrell said that it was regrettable that this may impact Kristina’s  charity work, but special circumstances were hard to design the entitlements around.

They have however allowed for special circumstances for the other males who served as Premier for less than 5 years, and designed the entitlements around them to suit. But just the males.

Why has Barry O’Farrell chosen to single out the only female as fitting for his new  rules to apply to?

Yesterday I wrote about the O’Farrell governments cowardly slashing of allowances for Foster Carers who adopt a foster child from $16,000 a year, to $1,500 a year. What is even more disgusting than that, is the fact that if he applied his new rule to the Premiers who are male, he would have saved enough money to leave their allowances alone.

Nick Greiner, a former Liberal Premier, cost the NSW taxpayer over half a million dollars last year in entitlements. Nick served less than Barry’s magic 5 years. He was also appointed as the head honcho at Infrastructure NSW by O’Farrell. Jobs for the boys…

Barry O’Farrell should either change his sexist attitudes, and apologise to the women of NSW for treating them as a lesser sex, or resign.

This is the 21st Century, there is no place for sexism in politics.

In other news, The Queen is visiting Australia this month. The Queen And Prince Phillip will visit Canberra, Brisbane, Melbourne, and Perth, but do not plan to visit Sydney or NSW. 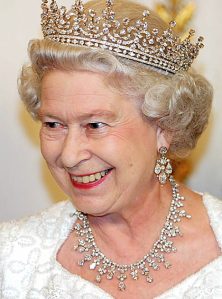 Intrigued as to why the Queen would not come to Sydney, I contacted Buckingham Palace last night to ascertain if it had anything to do with having a sexist Premier.

A Palace spokesperson stated that The Queen does not approve of any form of discrimination. However when I asked if O’Farrell’s sexist treatment of a former leader was the reason for the royal snub, the palace would not comment.

I don’t blame them, I was speechless when I first heard the news too…

23 comments on “Bringing The Sexist Back…”